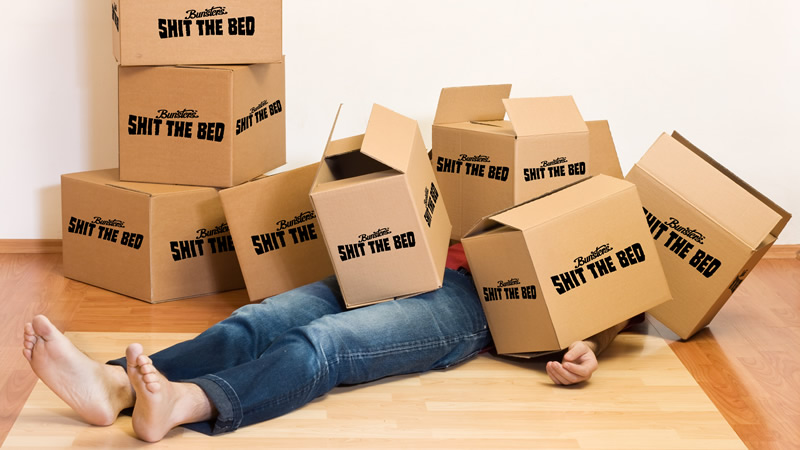 I was up to my ears in bubble wrap & boxes desperately trying to keep on top of the orders of Bunsters Shit The Bed that kept flooding in. Of course it’s a fantastic sauce, but I just couldn’t understand why there was such a spike in orders until I spotted a photo of a couple of bottles shared in a Facebook chilli group.

The picture was taken by a chap backpacking Down Under who posted it saying “Australia you never fail to amaze me ! Best sauce name ever !! 😂”.

It was only when Renae Bunster messaged me to say she’d seen a sales spike in Australia & the US and that the post had gone viral that I put 2 & 2 together.

Then the photo had been shared a mere 18,000 times but as a result I’ve now completely SOLD OUT of Shit The Bed 12/10 Heat Hot Sauce!

But fear not – I have a a fresh pallet of Bunsters on its way over from Aus right now and it’s due to land in the UK at the beginning of December.

So to keep up with demand I’m taking BACKORDERS on both Bunsters Shit The Bed 12/10 Heat & the new lower priced Bunsters Hot Sauce 7/10 Heat which will be shipped out around the 2nd WEEK IN DECEMBER 2018 in time for Christmas!

Also on the pallet are a limited number of boxes of The World’s Hottest Corn Chips from The Chilli Seed Bank so we’re taking backorders on those too!

THE WORLD’S HOTTEST CORN CHIPS from The Chilli Seed Bank

A-list celebs get to Sh*t The Bed on Hot Ones!
AussieHotSauces.com uses cookies: More info.